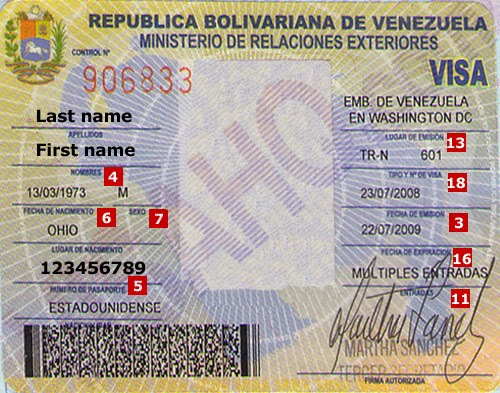 Official Venezuelan media outlets have confirmed that US citizens must now possess visas to enter Venezuela. The compulsory visa program could impact American businesses seeking to operate their investments in Venezuela, as visas could be arbitrarily denied. Apparently, the Venezuelan policy that allowed visa-free travel for US nationals, for up to 90 days, has been terminated.

Venezuela also announced that a number of prominent US officials will not be allowed visas to visit the country, specifically including a number of Senators and Congressmen who oppose the Maduro government. Additionally, Venezuela ha demanded that the United States reduce its current complement of staff at the US Embassy in Caracas, from 100, to 17. Such a greatly reduced diplomatic staff will most likely be unable to assist American nationals involved in any business or legal disputes in Venezuela. Many American expats may now choose to leave Venezuela.

The new visa policy will make visiting and monitoring American investments inside Venezuela difficult, and could result in an increase in Country Risk for that reason alone.