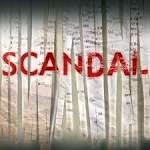 The most sordid details of the corruption scandal unfolding in the Republic of Panama are not being covered by mainstream news sources, for fear, on the part of some journalists, that the information,  some of which is extremely distasteful, cannot be verified or proven, and that former president Ricardo Martinelli, or some of his ex-ministers, will be successful in libel actions. As the direct result, the public is unaware of the depths of depravity and corruption that Martinelli, and his supporters, engaged in. Of course, in this blog, we will not hesitate to cover, in depth, all the sins that the Martinelli group engaged in, lest they literally get away with murder.

One senior staff member of a mainstream publication has been sacked, for failing to obey the orders of management, and expose details of the organized blackmail, sexual battery, and even murder, which has been committed by certain PEPs. It is thought that the risk of a libel suit was the reason that the individual disobeyed a direct order, and, in effect, cleaned up the most objectionable portion of the story, which resulted in his termination.

Admittedly, the details sound more like they belong in a publication that seeks to shock its readers with lurid stories designed to titillate and amuse, rather than inform, them. Details of Martinelli's covert video surveillance of PEPs in hotel rooms, with their subsequent blackmailing, or coercing them into sexual acts, against their will, belongs in a scandal sheet, but the truth, nasty as it is, must be aired, so that the Panamanian public will be sufficiently motivated to insist on criminal prosecutions of all the parties involved, especially the country's former president, and his cabinet.