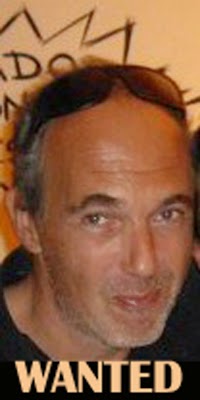 Okke Ornstein, the prolific Dutch white-collar criminal and pornographer, who is being sought by the authorities in the Republic of Panama, so that he can begin serving a four year sentence, reportedly eluded capture recently, by literally jumping in the Pacific Ocean, and escaping from Panamanian law enforcement. Ornstein,  a  criminal wanted in his native Netherlands for questioning regarding a child pornography ring operating in Europe, has made a career out of defrauding foreign expats residing in Panama. Most Panamanians remember him as the general manager of the notorious Marc Harris Ponzi scheme; subsequent to that, he operated the fraudulent Tulip Fund, which was shut down by regulators as a scam.

Our articles about Ornstein's activities have made this blogger a target of libelous Internet articles posted by him; nevertheless we shall continue to cover his cases, as he represents a clear & present danger to individuals seeking to invest in Panama.

He is not your typical mild-mannered white-collar criminal; he is a suspect in two homicides that occurred in Panama, and is known to have attempted to blackmail local residents in Panana City. There are several additional criminal cases pending against Ornstein, as well as a $5m civil judgment that is outstanding. Should you encounter this individual, please notify law enforcement immediately; do not attempt to detain him, as he may be armed.