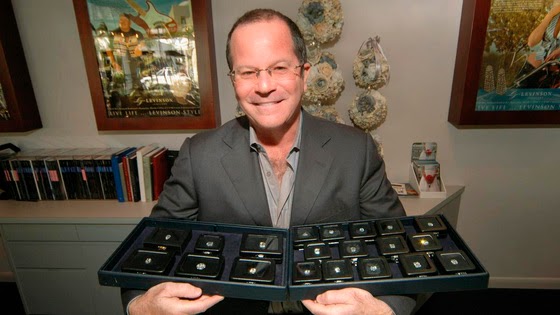 In any Ponzi scheme, there are often consequences for individuals who have participated, even on the margins, of the fraud.  Prominent Fort Lauderdale jeweler Mark Levinson, who was closely associated with one of his major clients, attorney & Ponzi schemer Scott Rothstein, has taken his own life.

Levinson sold Rothstein jewelry for his high-maintenance wife, and his own use, and also quantities of loose diamonds, reportedly for cash. The figure of $20m in total sales has been thrown around in the media, but details of their relationship remain murky. Levinson did disgorge some of his profits to the court-appointed Receiver for the defunct Rothstein Rosenfeldt Adler law firm, but whether he had other exposure, either to a criminal charge, or to further civil actions, remains a mystery, particularly the cash-for-diamonds issue.

Did the jeweler, facing a major problem not publicly known, decide to end his life, unable to cope with the shame and disgrace that was ahead of him ? We cannot say, but there have been rumors of additional upcoming criminal cases, and you may recall that a key former RRA (RRA) staff member was released from custody early, specifically to be available to testify in court in the future. Was this a pending Grand Jury proceeding ? Whatever it is, it is sad when any individual in dire straits commits suicide.