US CORRESPONDENT BANKS PICKING AND CHOOSING WHAT TO SEND TO PANAMA 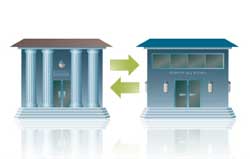 Canadian and American businessmen who have interests in Panama are facing an increasing number of times that the few US correspondent banks sending funds to Panama are declining to approve wire transfer orders. Either a low monetary ceiling ( under $5000 at a time), or a flat out refusal to process wires is making the payment of monthly overhead obligations vert difficult for foreign owners of Panama City businesses.

Canadian senders in particular are seeing the following scenario more often than not: wires are going from the remitting bank, to a US intermediary bank, to the New York correspondent bank, only to be returned to the originating bank, without comment. Some customers have reportedly resorted to sending their funds first, to banks in the EU (Deutsche Bank has been mentioned), in a ploy to somehow persuade the correspondent bank that their wires that there will not be any future issues with the payments.

A large number of Panama City banks are known to routinely handle narcotics traffickers' funds, and American correspondent banks do not want to ultimately be punished for moving repatriated narco-profits, or the proceeds of corruption, back to Latin America. The Panama Papers scandal has sensitized US banks to the clear and present dangers of dealing with possible dirty money, and dirtier Panamanian banks.

The American termination of a large number of correspondent relationships with Panamanian banks, which has been blamed on de-risking, is also about the banks' well-founded fears that they will be publicly named and shamed, for AML/CFT shortcomings, with the resultant reputation damage, for accepting Payments to Panama.