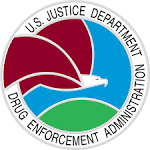 The money laundering and tax evasion operations, conducted for clients by the Panama law firm of Mossack Fonseca, were frankly, an open secret in Panama City, but local law enforcement agencies and government prosecutors never brought charges against the firm, and it is alleged that the reason was the regular payment of bribes and hush money to the officials charged with enforcing the law.

In 2009, three whistleblowers, two retired US government agents, and the third a former US Government contractor, delivered a white paper to the Panama office of the US Drug Enforcement Administration (DEA), detailing overwhelming evidence of money laundering, at Mossack Fonseca. The evidence, coming from trusted sources, was damning, and was more than sufficient to support criminal charges in at least three jurisdictions.

The DEA Special Agent who was responsible for the matter brought the evidence to the Panamanian National Police, who forwarded it to the Organized Crime Prosecutors, who promised to conduct an investigation. At that time, the lead prosecutor in that division was José Ayú Prado, later to become the Attorney General, and ultimately, the Chief Judge of the Supreme Court of Justice.


Reliable sources assert that Ayú Prado notified Jürgen Mossack of the investigation, and saw that no action would be taken against Mossack Fonseca, notwithstanding the high level of proof of criminal activity. Furthermore, Prado used his significant influence to have the DEA agent transferred from Panama. This is the same Ayú Prado who is now the subject of multiple corruption investigations, involving the fixing of cases in the Supreme Court.


Therefore, seven years ago, the Government of Panama, with actual knowledge of Mossack's massive money laundering and tax evasion activities, ignored it, allegedly for the reasons that those same government officials were themselves accepting bribes, and that money laundering is the number one industry in the Republic of Panama.