The Stock Market Superintendency (Superintendencia de Mercado de Valores) of Panama has published lengthy findings of fact, as its grounds for the forced liquidation of the broker-dealer firm, trading as Panama Wall Street SA. In a well-prepared, comprehensive list of deficiencies, the regulator has detailed a massive number of problems the company failed to correct, notwithstanding prior audits, which uncovered these issues.

(1)  The company is a repeat offender in lack of internal controls, in AML/CFT, accounting, technology, customer management, management of files & customer files. This is the third name the company has had, and the two prior identities all had major issues found by the regulator. The last deficiencies, published when the company was known as Thales Securities SA, occurred in 2011.

(2) High employee turnover, resulting in a lack of experience among staff.

(4) Unwarranted advanced distribution of dividends to some investors.

(5) Lack of internal operating manuals and procedures, no established IT backup of information, and general IT deficiencies, which threatened the stability of information.

(6) The company had no listed compliance officer, leading to the presumption that there was no compliance division. 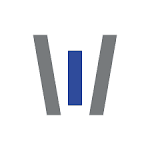 It would appear, from the extensive list of problems, that the brokerage firm represented a clear and present danger to the public, hence the liquidation proceedings. Panama Wall Street was delaying investor redemption for as long as 90 days, according to reports circulating in Panama; and multiple consumer complaints have been filed with regulators. Other clients have asserted that they have not received any money, notwithstanding repeated demands.
Posted by Kenneth Rijock at Saturday, June 25, 2016