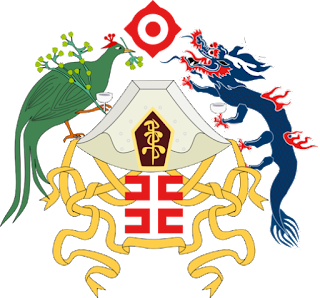 We've all heard the urban legends, about convicted felons, in US prisons, who secure a sentence reduction by inventing criminal conduct, allegedly committed by others, and testifying, under oath, about their supposed first-hand knowledge of the incriminating information, resulting in a prison term for innocent individuals.  How often that occurs in real life, we may never know, but events in China could place your bank clients, and even you, in a nasty Chinese prison, for events you know nothing about, due to China's recent take-no-prisoners corruption investigations.

China's rulers are busy chasing an estimated one million corrupt public officials, and when they are arrested, they are subject to the types of mistreatment we in the West generally call torture, whether physical or mental, until they confess. Confessions are a necessary prerequisite to the closed trial, where a conviction is a foregone conclusion.

Detainees are told they are required to confess, as an obligation,  irrespective of their guilt or innocence, and that their case will not proceed without it. Therefore, you can expect that some subjects will embellish their role, or even create phantom crimes, simply to move their sad cases forward.

Here's where your bank client, and sometimes you as well, come in. The imprisoned official, who is reluctant to name the Western businessmen who richly rewarded his corrupt cooperation, names your client as the source of his ill-gotten gains, and perhaps you and your bank as the facilitator. Maybe your client was guilty, or maybe he was not, but if he (and you) happen to be inside China when the scandal breaks, you both could soon find yourselves incarcerated in a country not exactly known for following the Rule of Law; Your convictions area foregone conclusion, and your embassy cannot extricate you from this nightmare.

The bottom line: Given the new enforcement mode in China, and given the rampant corruption, often freely engaged in by international businessmen,  your clients, who pay bribes & kickbacks, disguised as something else, means that you want to be staying out of China, even on holiday, lest you find yourself arrested for something you did not commit, but some scared and imprisoned PEP says you did.