Regular readers of the blog will recall the recent case of the Miami-area federal credit union, intended to provide service for underbanked minorities, that was allowed to move huge amounts of suspect funds, for high-risk foreign MSBs, for years, without any regulatory or law enforcement suppression of its operation. None of its staff, who made substantial profits from their illicit activities, was ever charged with money laundering, or any other financial crimes, and many have wondered whether there were local political considerations behind the total lack of prosecution.

Now, it has happened again, but this time, in New York City. FinCEN has fined the Bethex Federal Credit Union, of Bronx, New York, $500,000, for moving $4bn, for MSBs located in high-risk jurisdictions, including Mexico, China and Pakistan. The credit union's AML and KYC was clearly defective, yet for years, no regulatory agency, especially the NCUA, did anything other than point out the deficiencies. Likewise, no law enforcement agency shut down its extended operation. 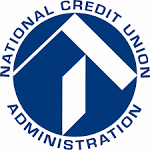 Now the credit union is in liquidation, but the damage has been done. Whether any of the officers or staff are charged we cannot say, but so long as greedy credit unions are allowed to open their doors, without any meaningful compliance, to dodgy high-risk foreign MSBs, and be allowed to walk away from the results, the abuse will continue. Perhaps US banks should take a hard look at the credit unions that use their services, to insure that there is no money laundering going on right inside their facility.
Posted by Kenneth Rijock at Saturday, December 17, 2016