REGIONAL CLONES OF ESTABLISHED NEWS RESOURCES MAY NOT BE TRUSTWORTHY

Most compliance officers conducting due diligence investigations rely extensively upon what they consider to be objective news sources for reliable information. these generally include establishment Western news publications, be they newspaper or newsmagazine.

This is not always true, however, when we rely upon sources that are spin-offs of the real thing. The authoritative Newsweek has been regarded as reliable source of information, but in 2015, the newsmagazine's ownership sold naming rights to a dubai-based Pakistani media mogul, who formed Newsweek Middle East*. The Middle East edition, which admittedly trades upon the international branding, and reputation of the parent, is something quite different: its staff is not practicing the objective journalism we require for compliance purposes. Several commentators have joined in concluding that the news coverage is slanted; if it's going to be like Al-Jazeera, it should not pretend to be something else.


This publication, specifically targeting for a regional audience, with local editorial staff, who describe themselves as having non-Western viewpoints, actually displays not only anti-American sentiments, in its news coverage, it has been known to favor specially designated global terrorist organizations. How does anti-Western sentiment figure into objective journalism.

Last week, a journalist described as being a senior editor was outed for giving a number of television news reports that, frankly, glorified Hezbollah. Her statements, collected over a period of time, and rebroadcast online, sounded like typical Hezbollah pro-Iran, pro-Syria propaganda. Furthermore,  Newsweek Middle East, while it carries a number of its parent's articles, censors, or, as they call it, "curates" the content for Arab audiences. One staff member confessed that the publication had to check local (UAE) law, before printing an article written by an individual from Israel. Do I really think I can get factual accuracy from a publication like this ?

Compliance officers do NOT wants news sources slanted to pander to a specific viewpoint, censored to remove any potentially sensitive or "objectionable" content, and supporting any sanctioned entity. You may want to draw a lesson from this story, and always check your sources carefully, to verify that you are actually accessing the information resource you want, and not its clone, successor, poser, or pretender; Always use the real McCoy. 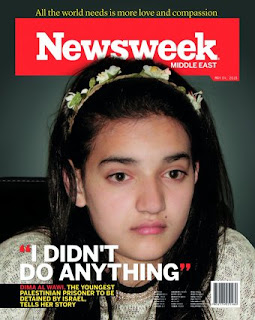