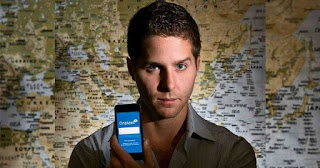 Mayer Mizrachi, the son of Aron "Rony" Mizrachi, the fugitive brother-in-law of ex-President Ricardo Martinelli, has been deported to Panama, from colombia, where his petition for asylum was rejected by the aurthorities. Mayer is wanted in his native Panama in a corruption case, where it is alleged that he received $13.3m, in connection with a government contract, which was never performed by Mayer.

His father, Aron Mizrachi, fled Panama after his role in the illegal surveillance of prominent Panamanians, by the country's national security agency, and the unauthorized purchase of surveillance equipment, became public knowledge. He is believed to be living in Israel.

Mayer also reportedly laundered $200m, some of it through financial institutions in the United States, and there are rumors in Panama City that the United States Department of Justice has plans to charge him, or has already indicted him, for that crime. The possibility of his extradition to the US has been as major topic of conversation in Panama. Given his father's political power, even in absentia, he could evade conviction in Panama's notoriously corrupt courts; extradition, to face justice in Federal Court in America, may be the better choice for the Government  of Panama.
Posted by Kenneth Rijock at Thursday, September 08, 2016