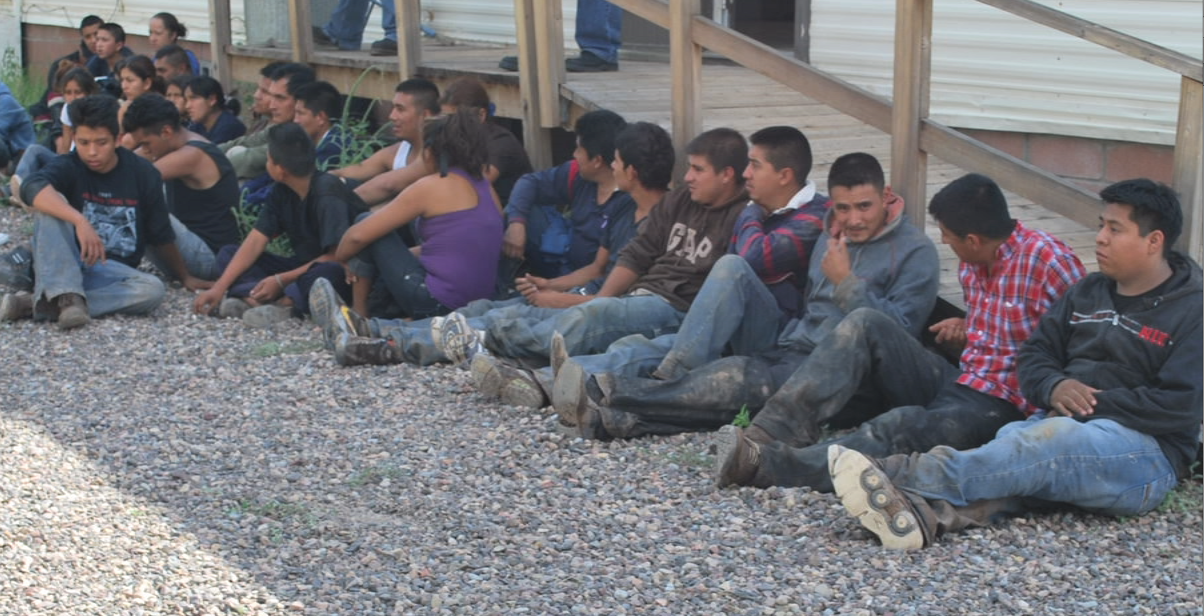 What are the red flags (indicators) that tell you that an account is being used to pay human traffickers who are engaged in smuggling aliens into the United States from abroad ? I have annotated it,  to better explain what happens in these accounts and, to facilitate your recognition of such activity:

(1) A smuggler opens accounts in a US border state. Remember that both our northern and southern borders are used to smuggle immigrants into the Continental United States, as well as maritime routes, often through the Caribbean, into Florida.

(2) The deposits, which pay for the smuggling, are always under $10,000 in cash, so as not to trigger the reporting requirements. US-based relatives of the immigrants to be smuggled in often pay the costs of the illegal transport. The going rate in many areas is $8000 per person.

(3) The deposits are made in geographical areas remote from the border, into large American banks which have branches in several states. Many of the payors live in the northern states, and send the money to traffickers, who maintain accounts in the border states.

(5)  Deposits into what appear to be business accounts are from businesses not related to the type of business of the account holders. The business accounts are purely fronts to receive payments, and you will not find any normal account activity of the type you would expect an active business to have, only in-and-out money movement; and no purchases of any kind.

(6) The handwriting on the signatures generally does not match that on the rest of the check, indicating that the amount, and the payee's name, is often filled in later by the traffickers, or that third parties are involved in the laundering of the money.

(7) After the money is received by the traffickers, they often close the accounts, and open new ones at other US banks in border states. This continuous process, of closing and opening new accounts, is
designed to frustrate any investigation of their activities, and to impede their identification by US law enforcement.

(8) Sometimes, the money in the funnel accounts is wired to Mexican banks.

Variations on these themes often occur, so be alert to any permutations or combinations of these red flags.
Posted by Kenneth Rijock at Tuesday, July 22, 2014