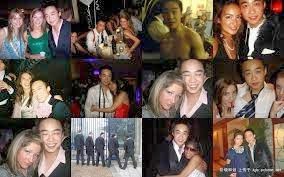 Chinese media is reporting that "princeling" playboy (and somehow Columbia Law student) Bo GuaGua, who now goes by the name of Bo Kuangyi*, is the custodian of his parents' illicit fortune, and that it is believed to be located in New York. Both Bo Xilai and Gu Kailai, his parents, will probably never be released from prison in China, and their son has curiously not returned to Chinese territory since their arrests. One wonders which NY banks or investment houses are holding what is said to be a large multi-million dollar fortune acquired by Bo Xilai, while he was a poorly-paid public servant.

Is there some sort of unwritten understanding in effect here ? If Bo does not speak publicly about his mother's murder, the Chinese Government leaves him alone. I imagine that something like that is in place; otherwise, he would have publicly defended his father from the corruption charges, and his mother from the murder of a  prominent British businessman of in China.

There may be yet another reason: some sources insist that Bo GuaGua was not an innocent party to the murder of Neil Heywood;  his level of involvement has not yet been made public, so we are unable to comment on it, but the sources are so insistent of the accuracy of the information, that Mr. Bo might want to retain the services of a good criminal defense attorney, especially one with experience in opposing extradition procedures.