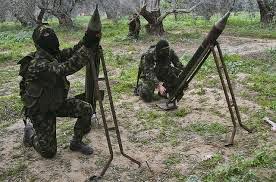 A United States District Judge* in Washington has entered a default judgment against Iran and North Korea, on liability, ruling that the plaintiffs, US citizens, or their family members, that were injured or killed as the result of Hezbollah missile attacks on Israel in 2006, could recover, pursuant to the Foreign Sovereign Immunities Act. Defaults were entered in 2010, when the defendants failed to defend or otherwise plead to the compliant. A judgment against the Central Bank of Iran was denied for lack of evidence.