The presiding judge in the Federal criminal case against convicted arms trafficker Viktor Bout, known in the media as the Merchant of Death, has obtained a third postponement of sentencing. Though his attorney, Albert Dayan, requested two weeks, the Court has set 5 April, 2012 for sentencing, and appended a handwritten Order to the request that recited:

"Given the serious and complex nature of the issues presented by the submissions for this sentencing, and the fact that I will be presiding over as bench trial next week, Bout's request is granted in part. Bout's sentencing is adjourned to April 5, 2012, at 4:30 PM. Bout's submissions are due March 27, 2012. Any submissions by the government are due March 30, 2012. No further extensions will be granted for ANY REASON. So ordered, Shira A. Scheindlin, USDJ 3/21/2012."

Albert Dayan, Bout's attorney, then filed a letter, on 23 March, that appears to be a sentencing memorandum, but he has made an extraordinary plea, in a filing that charges the government with selective prosecution, malice and vindictive prosecution: "We ask the Court to decline to sentence Viktor Bout and thereby become an unwilling party to his wrongful prosecution ...." (at 1) The entirety of the prosecution of Victor Bout, from its inception through trial, was the product of outrageous, inexcusable government conduct. He is innocent ." (at 14). 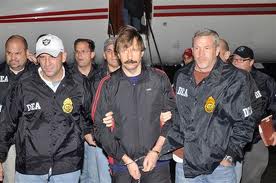 We shall continue to keep you updated on this important case.