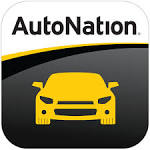 The disclosure yesterday, that a Texas plumbing company is suing AutoNation for $1m, when a truck it sold the vehicle auctioneer ended up in ISIS hands, means that Western bank compliance officers should reexamine any and all international trade transactions between their clients, and customers in Turkey. It is one thing to read about ISIS oil being sold in Turkey, and another to see the logo of your American company on a truck being used in Syria, by terrorists. AutoNation, after promising to remove the logo, negligently failed to do so. and thereafter sent the truck to Mersin, in southern Turkey, a stone's throw from Syria. Doesn't the company have any compliance officers over there ?

Frankly, the time has come for bankers to advise their clients to avoid all trade and financial transactions with Turkish companies, lest they end up publicly named & shamed by OFAC, in an expensive and embarrassing Civil Penalty fine case. Turkey is obviously providing assistance to ISIS; it is immaterial to know whether its companies are being paid. The prudent thing is to red-line all transactions at this time, and to advise bank clients that they jeopardize their relationship at the bank by ignoring your advice.
Posted by Kenneth Rijock at Wednesday, December 16, 2015