COURT AFFIRMS THAT HOME CONFINEMENT IS NOT JAIL 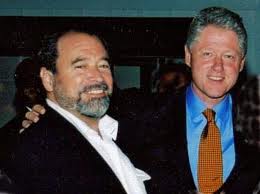 The Fifth Circuit Court of Appeals* has held that Peter Franklin Paul, who was under House Arrest (Home Confinement) for 53 months in a securities fraud case, could not receive credit for that time towards his Federal Prison sentence, and the Bureau of Prisons did not err in refusing to grant him credit in the computation of his release date. The case affirmed a District Court Decision* that challenged the BOPs sentence calculation. He had filed a Pro Se Federal Habeus Corpus petition, seeking immediate release from custody.

Paul, a former Miami attorney with a colourful history, pled guilty to Securities Fraud in US District Court in New York***,  and was sentenced to ten years' imprisonment, three years Supervised Release, and Restitution of $11.4m. Did his controversial civil series of civil lawsuits, brought against Hillary Clinton, for whom he served as Hollywood fundraiser, until his narcotics conviction surfaced, cause him to be placed on home confinement for four and one-half years, or was it the government's failure to assess the measure of damages ? Either way, the sentencing was inordinately delayed.