One of the Caribbean's dirty little secrets is that senior politicians and government officials can acquire diplomatic passports, not just from their own country, but from others in the region., through political contacts in those countries.The fact that these passports violate the United Nations' Vienna Convention do not bother these corrupt officials in the least. Denzil Douglas, the leader of the Opposition, was accused by his political opponents in St Kitts of possessing a diplomatic passport from Dominica, and using it for international travel. Given that a number of foreign individuals with St Kitts passports and diplomatic passports have been involved in criminal conduct, Douglas obviously wanted a less notorious travel document. Unfortunately, his possession of a second nationality violates the St Kitts Constitution.

Copies of his passport have appeared in the press, and that fact has agitated Kittitians who accuse Douglas, a member of his country's National Assembly, of having allegiance, obedience, and adherence to a foreign state, which bars him from holding elected office, under the country's Constitution. Government subsequently appealed a lower court decision favorable to Douglas. 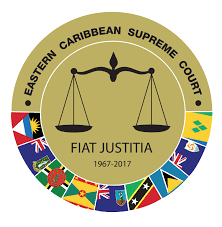 The Court of Appeals of the Eastern Caribbean Supreme Court, in a decision dated March 12, 2020, has held that Dr. Denzil Douglas, the leader of St Kitts' Opposition Labor Party, must vacate his seat in the National Assembly forthwith. Douglas, by virtue of the fact that he holds a diplomatic passport from the Commonwealth of Dominica, cannot serve in the National Assembly.