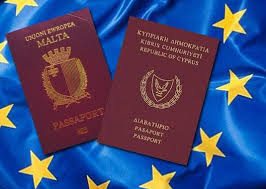 Money launderers, career while-collar criminals, terrorist financiers and intelligence agents have been, of late, using what we call the 2-step CBI technique to effectively conceal their true identity from compliance officers conducting due diligence inquiries at account opening, or law enforcement agents investigating financial crime. It appears to be a nearly foolproof tactic for those who must present an alias that cannot be broken, which then enables them to operate with impunity in the financial sector, without being made.

The technique, though it involves  a significant amount of trouble, has the benefit of being undetectable:

(1) The applicant obtained a CBI passport and citizenship from one of the less expensive East Caribbean states, such as the Commonwealth of Dominica. Certain corrupt senior officials are bribed to insure that the name, date of birth and place of birth are all fictitious, and created solely for the passport. the personal identification documents in the file at the CBI unit's office all confirm the bogus identity, including, but not limited to, Birth Certificate, Driver's License, Voter's Registration Card and utility bills. Any inquiry will only result in the investigator finding the counterfeit identity.

(2) Next, the applicant, armed with the new name and the Dominica CBI passport, applies to either Malta or Cyprus, both EU Member states, and which guarantees visa-free access, and work privileges, anywhere in the Schengen Zone, as well as visa-free access to the United States, as well as several other developed countries.

Any inquiry, if it actually manages to pierce the Dominica "origin" of the now Malta CBI passport holder, finds only confirmation of the bogus identity, well documented, and created in Dominica. It is impossible to proceeds any further back towards the true name of the individual.

Candidly, this technique renders all traditional due diligence and enhanced due diligence search methods completely useless. The only way that one can conclusively identify the individual is through Facial Recognition Software platforms, but only if the individual's face appears in the image library available to the  searcher, and if the individual has no criminal record, and comes from a country where driver's license and visa photographs are not included in the image library, then making proper identification will not occur.  In short, you cannot correctly identify your target.

Compliance officers, and law enforcement, therefore have no way of knowing that the person with a "clean" CBI passport is not who its says he is.
Kenneth Rijock at Monday, September 14, 2020
Share