WHY HAS CALIFORNIA NOT ARRESTED THIS CAREER CRIMINAL ? IS HE A COOPERATING INDIVIDUAL FOR LAW ENFORCEMENT ? 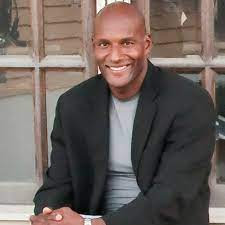 This is RALPH SANDERS*, a career thief and fraudster with multiple felony convictions who has spent years in prison. Even though he continues to target, and victimize, vulnerable women, and these victims have all given evidence to both local and federal law enforcement in California, law enforcement has failed them. The victims continue to pile up, and lose their property, money, and possessions, but justice is not being served.

We have written many detailed stories about his criminal activities, over a period of several years; you can find links to five of them at the end of the article we have linked to below, entitled Why Won't the FBI Arrest career criminal Ralph Sanders ? Many of the victims have a special bone to pick with the Roseville (Sacramento) office of the Federal Bureau of investigation (FBI), where they have sought legal relief, only to later learn that no criminal charges have been filed against Sanders, then their their follow-up calls are repeatedly ignored, and when they do finally reach the Special Agents assigned to the case, they find out there will be no indictment filed. Somebody needs to ask the SAC (Special Agent-in-Charge)in that office why; The evidence is certainly there. Is it possible that Ralph Sanders is acting as a Cooperating Individual(CI) for a local California law enforcement agency ? Is that why he is immune from arrest ?

He seems to have the proverbial Get-out-of-Jail-Free card. Is that the answer to this puzzle ? The subject of CIs is a sensitive one; at times law enforcement must do business with some very unsavory types, as a necessary evil, in order to get evidence against criminals higher up in the chain, or to dismantle a criminal organization by having a CI wear a concealed recording device (a wire) to make cases. This generally means giving criminals a pass, which is usually done outside public awareness that a guilty person will go free.

We may be a bit jaded here in Miami, because CIs sometimes go on to victimize again and again, relying upon their relationship to law enforcement, which often chooses to decline prosecuting them for new crimes,as it reflects negatively upon the agents who have enrolled them, and supported their usefulness, rather than their arrest. FELIX SATER, a Russian-American businessman who became a Cooperating Individual after his arrest on securities fraud, and whose court files were ordered sealed by a judge assisting law enforcement, went on to defraud others in South Florida.Any of the investors in Sater's Florida project who performed due diligence would not have found anything untoward about him, thanks to that sealed criminal file.  It was more important that Sater assist law enforcement than to protect the investing public. Sater went on to become a business associate of Donald Trump, and that speaks volumes about his character, or lack thereof.

Ralph Sanders' extensive criminal conduct should easily have resulted in a RICO (Racketeer Influences Corrupt Organization) indictment.Why has he not been charged, California ? His next charge should trigger the state's Three Strikes life sentence. What's wrong with this picture ?