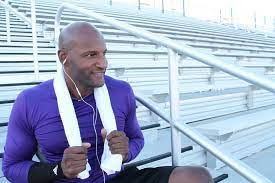 This is career criminal RALPH SANDERS; he has many aliases*. For the past five years, we have, on this blog, covered a number of stories told to us by some of his victims**. They are generally young, single women, who encountered Sanders at an automobile dealership, or seemingly by accident, and ended up with financial losses, including prized automobiles, well-placed fear that he would physically harm them or their families, and harassment from the fraudster, when they break contact with him. He is dangerous.

The question we have is simple: since Sanders has been under active investigation, by the Roseville, (Sacramento) California office of the Federal Bureau of Investigation (FBI), and a number of new victims have come forward with evidence of fraud. grand theft, assault, and stalking, why on earth has this three-time convicted career criminal not been arrested on multiple Federal charges ? 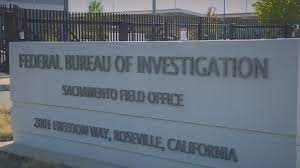 Several of victims, some of whom we have directed to the FBI with their stories of loss, have reported to us extremely long delays in being able to get a return call from the Special Agents assigned to the investigation, and that's those victims who were able to even talk in person to the FBI. They have also expressed unhappiness with the way their own cases have been progressing. All our contacts to victims have resulted in learning that they have been advised that their Sanders investigation is not complete. After five years, how can that possible be in a fraud case with multiple victims ?

The only possible answers to our question:

(1) The investigation has been given such a low priority by the FBI that other cases are being attended to first, and Sanders' victims are denied justice.

(2) Sanders is a Cooperating Individual (CI) of some unidentified law  enforcement agency in California, and the FBI has agreed to not charge him. This is totally unacceptable, as CIs are not allowed to continue to commit crimes, and remain a danger to the community. Whatever the reason, and whoever benefits from Sanders being allowed to remain at large, more and more victims will continue to be defrauded, abused and harassed by Ralph Sanders.

We are unable to understand how the FBI has not completed their investigation, and arrested this fraudster years ago. Is it law enforcement negligence, malpractice, or something much darker and more dangerous. We call upon the Attorney General of the United States to open an investigation into the Ralph Sanders cases, to see that justice is done for all the victims. He is a clear and present danger to the residents of the State of California. 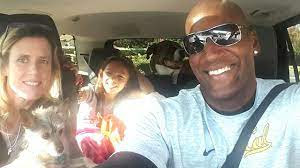 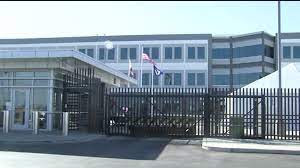 **Prior articles published on this blog. They may all be located by typing "sanders" into the white search box.

DOES FRAUDSTER RALPH SANDERS HAVE PESONAL INFORMATION ON CHRYSLER-JEEP CUSTOMERS ?

RALPH SANDERS - INSIDE THE MIND OF A CAREER CRIMINAL

WHO'S WATCHING THE STORE AT FBI ROSEVILLE ?