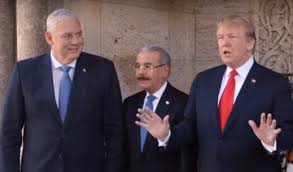 This is Part Three of our continuing series on corruption in the East Caribbean State of Saint Lucia. Prime Minister Allen Chastanet's history clearly demonstrates similarities to another prominent national leader. We are speaking of America's former President, now being referred to by many as the Fake Billionaire. Both men relied upon the previous business success of their families, without spending anything they earned on their own. Both have made extravagant promises to voters, and failed to deliver anything of substance. Using his family name, Chastanet obtained the senior position of Vice President for Sales and Marketing at Air Jamaica from 1995 to 2003, but financial disaster at the company occurred on his watch, again much like the failed companies operated by the former American President that he has so often been compared to. To date, it is still unclear what Chastanet's professed business success stories are, as most of his claimed accomplishments are farfetched, and in some cases completely fabricated, and have no basis in fact.

He came to power as Prime Minister in Saint Lucia, through the General Election, using deceptive and corrupt means, much as the Former Leader in the United States, who conned voters and lied to them about his plans if elected, during the same year that Chastanet was elected, 2016, duping susceptible St.Lucians into electing him. Whereas in the United States, covert assistance from Russia was employed, Chastanet reportedly received help from the notorious Cambridge Analytica, Strategic Communications Laboratories (SCL) and Henley & Partners, in convincing voters to elect him through manipution using social media, and other methods. Cambridge, which closed in 2018, in the midst of the Facebook- Cambridge data scandal, has allegedly been associated with efforts to influence the outcome of the election which Chastanet won handily. 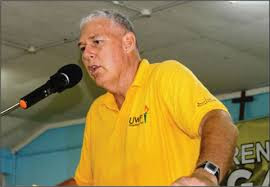 Like the corrupt former US Administration that he has been compared to, Chastanet's government is plagued with crooks, sex criminals and unqualified misfits, which he allows to remain in office. He had the Royal St. Lucia Police Force, known for its rampant corruption, arrest an 18-year old woman who published intimate photographs, and sexually explicit WhatsApp conversations she was having with one of Cabinet Ministers and Senators, after the story of how the Senator took advantage of the young woman appeared in the local press.  Ubaldus: Who's making up Stories ?

Local media companies are routinely being intimidated from reporting upon corruption in the Saint Lucia Government. Many journalists are being frivolously sued, and ultimately forced to alter their investigative reporting articles which are considered detrimental to Chastanet's reputation, show him to be a wannabee dictator who deceives his voters, working in concert with his Cabinet and associates.

On September 27, 2013, the sitting Prime Minister ordered his Minister for Legal Affairs, Home Affairs and National Security to pursue litigation against a disabled journalist who was exercising his right to Free Speech. https://www.stlucianewsonline.com/breaking-news-minister-lacorbiniere-takes-legal-action-against-timothy-poleon-and-rci/

The island's maser criminal, Peter Leroy John, was repeatedly overheard boasting, in several telephone conversations with his potential new clients and criminal associates, that he is well-protected by the present government of St. Lucia, the Police Force, and the corruption-ridden Chastanet Cabinet crime family. We have previously detailed on this blog the nature and extent of his criminal activities, which include but are not limited to, identity theft, land theft, fraud, forgery and extortion. 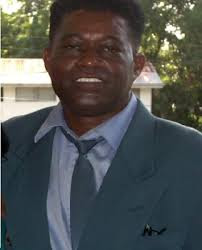 One member of Chastanet's own government took the time, and wrote down important information, made copies of documents, recorded meetings of department heads, and made that information available to US law enforcement. The information has reportedly been duly noted, and investigations initiated. We shall detail additional specific instances of official corruption, and name & shame the participants, in further installments of this story; Stay tuned.