THE KING OF DOMINICA IS MOVING TO A NEW PALACE 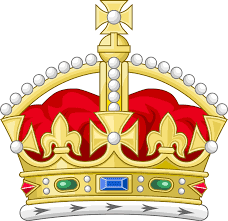 What you are seeing above is a mansion truly fit for a king, or he who would be king in these troubled times; located in Dominca's exclusive Morne Daniel district, it will be the new home of Dominica's Prime Minister Roosevelt Skerrit, if we believe our most reliable sources.

According to insiders, the Cabinet has authorized that the mansion be rented, at the royal rate of EC$32,000 a month, from Montreal Management, for the use of Roosevelt Skerrit. That's allmost twelve thousand US Dollars. Extravagant, you say ?  This rubber-stamp approval is said to be a state secret, not available to the public.

Another insider, who is in a position to know, has confirmed that the tue owner of the property is actually Roosevelt Skerrit himself. He has set up the fiction of a rental in order to justify the expenditure of a large sum every month, which one can only image where it will end up.

Rumors abound in Dominca's capital, Roseau that there's a lot of diplomatic passport cash floating around that needs to be cleaned before it can see the light of day. Can you say money laundering in patois ?
Posted by Kenneth Rijock at Thursday, June 25, 2020