The tragic death of a basketball legend this past week reminded me to mention that Californians are still being targeted and victimized by a career criminal who falsely poses as a retired Sacramento Kings professional basketball star, and who remains at large after multiple complaints. Ralph Sanders, also known as Rafael Sanders, Date of Birth 4 February, 1968, a thrice-convicted career criminal, is reportedly selling fraudulent investment contracts on behalf of a dodgy San Francisco company. He also solicits donors for non-existent nonprofit entities, and is known to target and exploit young children into posing for photographs.

Sanders claims to be associated with the Junior Basketball Organization in San Francisco, and the owner of a mansion in the Bahama Islands, neither of which is true. He has been described by law enforcement as a master scam artist who exploits women and young children in Northern California, with over one hundred victims known to have reported his activities to the Federal Bureau of Investigation.

Sanders dupes his victims into believing that he is a retired NBA player, as well as a successful author, by showing up driving luxury vehicles. In truth and in fact, he acquires them by fraudulent means, including but not limited to, Title Washing schemes that he operates with other criminals in Riverside and Los Angeles. He is not only no author, but is semi-literate and unable to compose a grammatical sentence. His fraudulent "autobiography" was removed and de-listed by the publisher, Next Century, when the accuracy of the book's information was questioned. 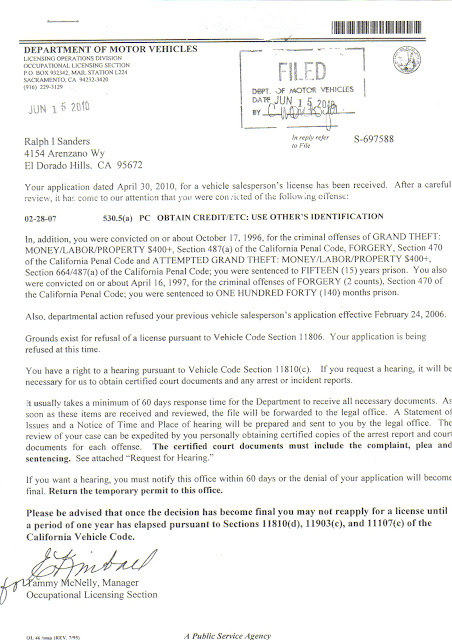 Additionally, he was rearrested and convicted in Sacramento Superior Court, Case Number 95M07479, on June 16, 2009, for violation of two counts of the California Penal Code  Sec PC496(A), Possession of Know Stolen Property over $4000, Identity Theft and VC, Section 10851, Theft and Unlawful Taking or Driving of a Vehicle.

Although not listed in the California Megan's Law Database as a convicted child molester, Sacramento County Superior Court records indicate he was convicted of molesting a child of tender years.

Regular readers of this blog may recall that we have previously exposed Mr. Sanders, when he was believed to be targeting victims in the Republic of Panama, in 2016. As he continues to perpetuate his frauds and scams in the Greater San Francisco area, bankers are urged to check their client lists to determine whether he is conducting criminal activities in their bank or non-bank financial institution. 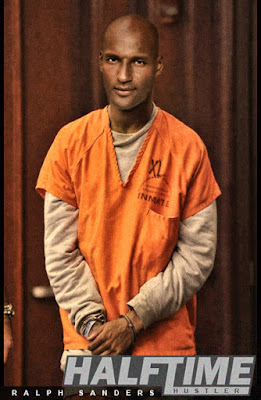