DISINFORMATION ABOUT DOMINICA, FUNDED BY ITS LEADERSHIP AND CONSULTANCIES, DAMAGES DEMOCRACY 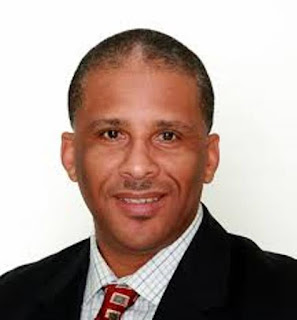 This is Melanius Alphonse, Dominica's Minister of Propaganda. A self-styled "journalist " from St Lucia, this Canadian citizen's job is to place disinformation that supports the present Labour government of Dominica in online media, both to deceive the country's voters, and to promote the dodgy CBI industry, whereby high-risk individuals, and white-collar criminals, from sanctioned and hostile countries pay obscene fees for passports that allow them to pass through the cracks in the global justice and banking systems. He is reportedly very well paid to influence public opinion, receiving compensation from both the Labour Party of Roosevelt Skerrit and Range Development, Dominica's leading CBI project developer. He is also linked to Montreal Management Consultants.

National leaders in the other East Caribbean states may support the Skerrit government in public, but behind closed doors, they wish Ronald Reagan was still President, for he presumably would not hesitate to send in the US Marines, Grenada-style, and not only arrest Skerrit and his Cabinet, but deport the 900-plus Communist Chinese nationals working in the embassy, including the intelligence officers who are operating a sophisticated listening post, keeping tabs on US activity in the Caribbean.

Up and until the recent national election in Dominica, Alphonse churned out article after article that portrayed the country's Opposition leaders in a corrupt, criminal light; the sole purpose was to throw enough dirt on the candidates to guarantee a successful election for the Labour Party. His unlimited access to the Caribbean News Global webpage allowed him to publish article after article, containing negative, misleading, and even libelous, information about the candidate for Prime Minister, who won handily, amidst charges of massive corruption voter fraud, and vote buying. Democracy came in a poor second in that election, and Alphonse, as a hired gun, twisted the truth for his sponsors.


In the commercial sphere, Alphonse's many puff pieces about Range Development's 150-room luxury project, Cabrits Resort & Spa Kempinski Dominica, belie the sober fact that, after 20 years in power, the Skerrit government has failed to build an international airport*. Dominica remains a tourist destination without the means to get there. Luxury eco-tourists will NOT willingly take an airliner to a nearby island, and then a puddle-jumper (turbo prop) into Dominica's tiny, non- instrument flight equipped single runway airport*. Dominicans were sold a bill of good by the developer, who was able to repatriate thirty million dollars from the recently finished project, which now stands empty of the guests Alphonse predicted would overflow the facility. The voters in Dominica, who were intoxicated with promises of jobs and an expanding economy, returned Skerrit to office, and allowed Range to pocket millions without effective oversight. They have Alphonse to thank for all this.
__________________________________________________________________________
* The Douglas-Charles Airport, with its short 4600 ft. runway, has a history of being used by Venezuelan bulk cash smugglers, seeking to place millions in drug profits in Dominica's dodgy offshore banks. It will not even accept regional jets, or short-haul Boeing 737 airliners, let alone wide body international jet transports.