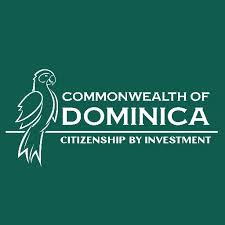 California attorney Danhong "Julie" Chen obtained a Dominica CBI passport under an alias, and used that travel document to elude an FBI team seeking to arrest her for a massive $52m immigration fraud. Chen was a Person of Interest to the Securities & Exchange Commission, and a known fraudster, at the time that Dominica's CBI Unit supposedly performed a due diligence investigation upon her application, confirming that, in truth and in fact, Dominica conducts NO effective investigation upon its CBI applicants, for even a rudimentary Google search would have turned up sufficient negative information to result in a denial of acceptance.

Chen reportedly used the Dominica CBI passport to engage in flight to avoid prosecution, and left the United States, allegedly for China, where she had perpetrated her EB-5 US Visa fraud for over 100 foreign investors. She remains a fugitive from a 14-count indictment filed in the US District Court for the Northern District of California.

Until and unless Dominica cleans up its CBI mess, we recommend that the program be suspended, as it is supporting white collar crime, in the United States, in the countries of the European Union, and elsewhere. Compliance officers should conduct enhanced due diligence upon any and all Dominica passports presented for account opening in Canada and the United States. Candidly, it is suggested that no Dominica national, whose place of birth is shown to be outside Dominica, not be approved as a bank client, due to the dysfunctional nature of the applicants approval process for CBI passports.