OAS : THERE ARE NO FREE AND FAIR ELECTIONS IN THE COMMONWEALTH OF DOMINICA 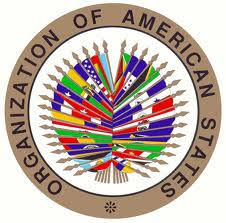 Comments made online, by the Secretary General of the Organization of American States, Luis Almagro, that the upcoming elections in Dominica will not be free and fair, have sparked a response from one of that country's senior officials. Almagro made the statement on social media, stating that he had met with the former Dominica ambassador to the OAS, who "expressed his concern that the upcoming elections in Dominica are not free and fair."

Dominica's generally opaque Foreign Minister, Francine Baron*, then demanded that Señor Almagro remove the message from hid Twitter account, and issue and apology. Baron insisting that Dominica's elections are properly held, further stated that universal introduction of voter identification cards, and a revision of the voter lists were planned.


Both these actions have been opposed by the country's Opposition parties, and for good reason: '

(1) The company that holds the government contract to issue voter identification cards, the Semlex Group, owned by the Syrian national, Albert Karawizan, has a long history of corrupt operation in Africa and Asia. Kariziwan himself was charged in Europe with issuing bogus diplomatic passports several years ago. Semlex simply cannot be trusted to issue voter identification cards only to bona fide Dominicans, and to not discriminate regarding the political affiliation of the individual. The Labour Party, currently in power, which is paying Semlex, will see that only Labour supporters receive the cards, with the result that the election will be rigged in its favor.

(2) The Labour Party plans to issue the cards overseas, to Dominica expats, an arrangement that will be ripe for abuse. It routinely flies in expats, to stuff the ballot box each national election; if it has the power to issue the card, and revise the voter lists abroad, then other West Indian nationals may also be illegally issued the cards, to further affect the elections.

The OAS Secretary General is eminently correct, widespread voter fraud in Dominica has been out of control for more than a decade, and there is no indication that reform will ever succeed. There have not been free and fair elections for fifteen years. 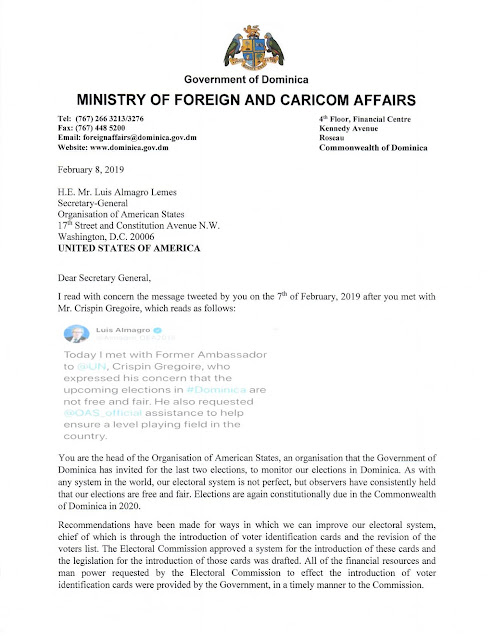