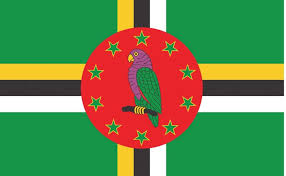 The other issue is that MMCE is conveniently building residential units in key areas of Dominica, where seats in the House of Assembly could be considered contested, and the recipients selected to occupy those housing units are, in essence, selling their votes in the upcoming election to the Labour Party and Prime Minister Roosevelt Skerrit. Montreal Management, which is obviously a political ally of the Prime Minister, has sponsored scholarships offers by his wife's charitable entity, the Melissa Skerrit Foundation.

Given the ongoing UK House of Commons committee hearings into the decline of democracy in the Caribbean states that offer Citizenship by Investment (CBI/CIP) programs, through corruption, the illicit purchase of votes, and the fixing of election results, this information about the conduct of government officials, and political party leaders, in the Commonwealth of Dominica, will certainly come to to the attention of the British Government.
Posted by Kenneth Rijock at Wednesday, November 28, 2018