PRESIDENT OF COMORO ISLANDS CHARGED WITH CORRUPTION IN PASSPORT SCHEME

Ahmed Abdullah Mohamed Sambi, the former President of the Comoro Islands, has been charged in his native country with corruption offenses, as well as the embezzlement of public funds, in connection with a passport sales scheme that resulted in the illegal acquisition of Comoros passports by Iranian nationals, and his alleged embezzlement of over $100m in government revenue from those illegal sales.

The Comoros passport program was supposed to conform to an arrangement whereby stateless individuals, located in the United Arab Emirates and Kuwait, were to receive Comoros passports, but allegedly through the illegal actions of president Sambi, Iranians who were involved in internationally sanctioned indistries purchased the passports, to facilitate visa-free Asian travel, in support of Iran's covert global sanctions evasion operations. 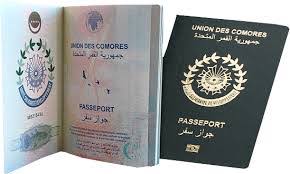 The passports were printed by a Belgian company, the Semlex Group. owned by Albert Karaziwan, a Syrian national now residing in Belgium, whom we have previously identified as having made several illicit payments to African officials, to obtain their country's passport and ID business. Semlex also shows up mysteriously in the Commonwealth of Dominica, where it has a contract to prepare ID cards for voters. Karawizan was also previously involved in a passport fraud case in Europe.


Sambi is reportedly under house arrest at this time; he cannot leave the country. a number of the passports improperly issued under the program to Iranians havew been revoked and cancelled by the Government of the Comoro islands.

The senior leadership in countries located within the European Union, and in the East Caribbean, that have ongoing Citizenship by Investment (CBI) programs, including Malta, Cyprus, Antigua & Barbuda, St Kitts & Nevis, Dominica, St Lucia and Grenada, would do well to take note of this case, as the corrupt conduct openly displayed by a number of them in selling passports to clearly unsuitable purchasers, and pocketing the proceeds of those illicit sales, could ultimately result in their arrest, when they leave office. 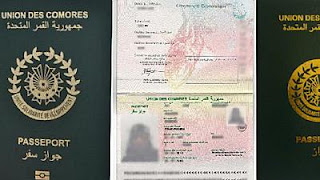