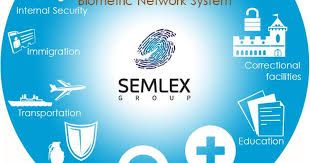 The Government of the Gambia has cancelled the scheduled March 22 signing of a major contract with the Belgian passport manufacturer, the Semlex Group, after multiple allegations of fraud and corruption have surfaced, in Africa and elsewhere. Semlex is the company that contracted with the Commonwealth of Dominica to make its voter identification cards, and that contract has not been cancelled, although most African nations that ordered passports from Semlex have abruptly cancelled their contracts. It is rumored that Semlex obtained its Dominica contract through bribery.

Semlex, whose Brussels office was raided by police earlier this year, was the subject of an article here detailing the illegal issuance of diplomatic passports to dodgy recipients, in the Comoros Islands; those documents were made by Semlex, which is owned by a Syrian national, Albert Karaziwan, who was the subject of a previous passport scandal in Europe, more than a decade ago.

Semlex has allegedly paid bribes and kickbacks, to obtain business, to place in office individuals, who was grant them extremely favorable contracts, and very high prices per passport. One bribe was reportedly $700,000, another $1.5m. Albert Karaziwan is allegedly under criminal investigation for money laundering & corruption, according to media reports.