DID SEMLEX PRODUCE THOUSANDS OF DOMINICA PASSPORTS THAT WERE SHIPPED TO MOROCCO ?

With the Syrian-owned Belgian company Semlex much in the news these days, it might be important to inquire into whether the company is the firm that quietly manufactured several thousand Dominica passports, which were reportedly sent to Morocco. This information, which came from reliable sources inside Dominica, was denied by the country's government, which boasted of its high level of passport security in Roseau, but if the passports were made by another supplier, and never made it to Dominica, then their denials are merely a smokescreen to cover the truth. Semlex is the current supplier of voter ID cards to Dominica. 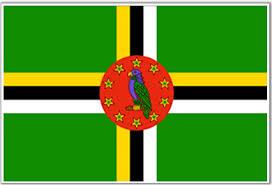 A number of these passports were found in Syria, on ISIS terrorists, though there has been an effort to keep this nasty detail out of the news; the fact that CBI passports, from another country, were also found in ISIS hands, has also escaped major media attention.