BLANK CARIBBEAN PASSPORTS IN BULK REMAIN A PROBLEM FOR COMPLIANCE

When British law enforcement arrested Antigua's Minister of Tourism & Investment, Asot Michael, upon his arrival in London en route to an investment conference in Cannes, they detained him for questioning about allegations that he accepted bribes from a UK national, to illegally facilitate a business matter in his country. What they reportedly got was a bit more than they expected. In Asot's bags & baggage were allegedly a number of blank, valid Antigua passports, a fact not released to the media*. Was that why Antigua's Prime Minister, Gaston Browne, immediately relieved Michael of his ministerial portfolio, or was this sensitive information restricted, and not communicated to Antigua ?  We cannot say, but the matter demonstrates a major problem, repeatedly originating in the Caribbean.

There have been many incidents where blank passports, in bulk, have been discovered in the possession of individuals not entitled to have possession, under circumstances that appear to show they were being sold illegally, most likely for large sums of money. Such criminal acts pose a clear and present danger to international banks, and they complicate the tasks of compliance officers charged with identifying, and rejecting, bogus methods of identification at account opening, not to omit increasing serious terrorist financing threats. Blame rampant corruption in the East Caribbean, but it remains an unresolved problem, so long as officials there fail to imprison violators like Asot Michael.

Here are a couple of the more egregious Caribbean examples:

(1) Right after 9-11, when US military forces attacked the Taliban in Afghanistan, they seized a treasure trove of blank, totally valid, passports from the Republic of Haiti. America restricted this information, the public disclosure of which would have proven extremely embarrassing to the struggling Government of Haiti. A subsequent investigation revealed that a Palestinian businessman had purchased the passports, for cash, in Port-au-Prince in the summer of 2001, from a corrupt member in government. 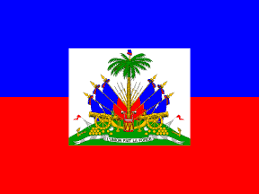 (2) Passports from the Commonwealth of Dominica, found in the possession of Syrian nationals, were traced back to a large amount of blank passports delivered to individuals in Morocco. Although Dominican officials denied that any of their passports were unaccounted for, the country was doing business with the Belgian-based Semlex group, which is owned by a dodgy Syrian national, accused of major misconduct throughout Africa. Semlex prints passports for several countries in the developing world. 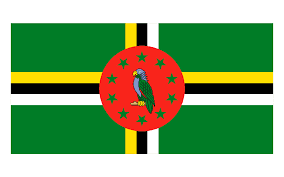 Compliance officers in North America now routinely initiate enhanced due diligence investigations of passports holders from Caribbean countries, in large part, because they must insure that the holder is not what he or she appears to be, a Caribbean national. This is reinforced every time a law enforcement agency seizes a hoard of bulk blank passports from one of the countries in the region. The Caribbean nations will never become a part of America's Visa Waiver Program as long as this issue, and other passport issues, remain unresolved.