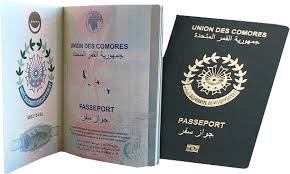 If you thought that CBI passports, issued to dodgy foreigners by Grenada and the Commonwealth of Dominica posed a clear and present danger to international banks, look at the situation in the Comoro Islands. The Comoros, an obscure island chain east of Africa, appear to have sold their national patrimony, to all who apply, no mater how unsuitable the individual. These are CBI and diplomatic passports, for sale, no questions asked.

For example, Mohamed Zarrab, Reza's brother, who is also fugitive from justice in the landmark Iran Oil-for-Gold international sanctions evasion case, has one, as do other Iranian nationals on the US Treasury Department's OFAC list. One source says there have been 2800 diplomatic passports issued, in a tiny, underpopulated island nation; many have been as ambassadors to UNESCO, a ploy which many readers should recognize,  as the favored "assignment," which has no real responsibility to actually perform diplomatic duties, employed by corrupt officials in several countries issuing passports to foreigners in the English-speaking East Caribbean republics.


Albert Karaziwan, a Syrian with residence in Belgium, has a company that is behind the scam, and his business also prints passports for several sub-Saharan African nations, which frankly means that there is also a risk that ANY African passport, printed by the Semlex Group, may be bogus and/or issued to a criminal or terrorist financier, who paid a large bribe to obtain it. 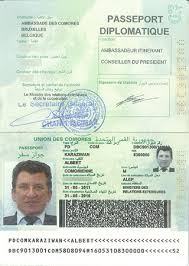 Candidly, accepting, as proof of identity, any passport from the Comoro Islands, is now so high-risk that you should consider red-lining anyone, not actually born in the Comoro Islands, who can prove it, using other documents, who attempts to open a bank account abroad, or who seeks to enter your country. Does your prospective client speak French ? What is his ethnic background ? He is probably not a true Comoran. Govern yourself accordingly. 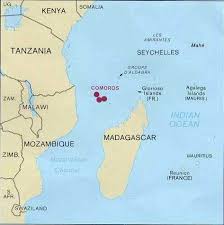 The situation is clearly out of control; govern yourself accordingly, if you are a compliance officer.
Posted by Kenneth Rijock at Saturday, December 23, 2017