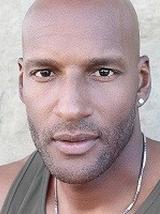 This is Ralph Innachia Sanders,a/k/a Rafael Sanders, a career criminal, thrice-convicted felon, fugitive from justice, and sexual predator. A resident of the State of California, Sanders has now relocated to the Republic of Panama, and Panamanians should examine the photographs which accompany this article. Sanders, who should be regarded as dangerous, is to be avoided if encountered. Unaccompanied women are his usual targets; he disables their automobiles, and attempts to act as a Good Samaritan, to assist them. He has been accused of rape several times, and has a history of defrauding women whom he has had even incidental contact with. He is currently wanted in California on multiple charges. 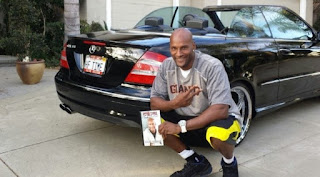 Notify local law enforcement, should you see this individual. He claims to be a wealthy former professional American basketball star, and claims that he own several estates in the Caribbean. he has formerly claims to be a police officer, and he reportedly has confidential and classified information, and legal documents, improperly obtained from the Federal Bureau of Investigation, which means he may be impersonating or law enforcement, or government, official. He is to be regarded as dangerous, and he is physically imposing. Do not attempt to detain him; report your sighting to the authorities.
Posted by Kenneth Rijock at Thursday, March 24, 2016