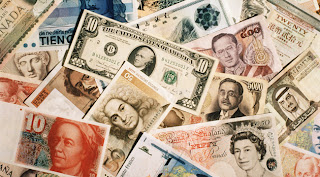 If you remember the comical story* of the reputed "secretary" who had flown into Guam from Japan, allegedly to purchase an $86,000 Hermes shirt for her boss at a local shop, the defendant, Noriko Okuno, has pled guilty to Bulk Cash Smuggling, and her guilt been adjudicated by the US District Judge. Sentencing has ben set for 27 February, 2013.